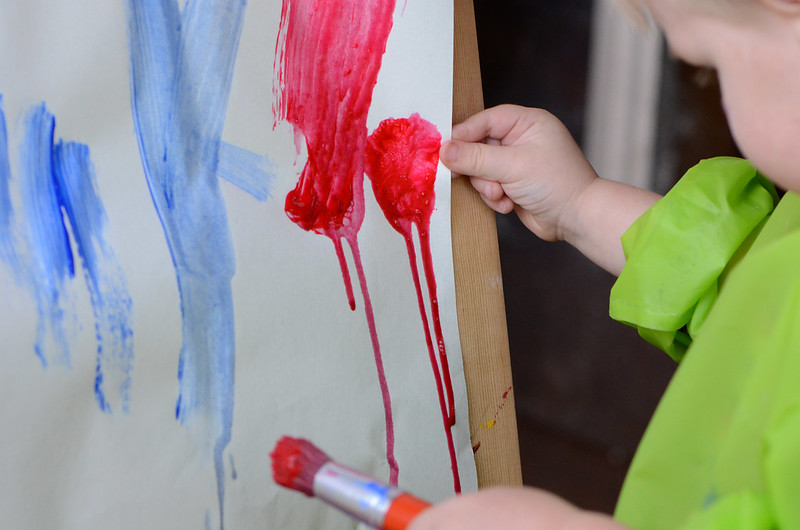 Things I’m enjoying at 2 and a half years:

1. MY CHILD SLEEPS THROUGH THE NIGHT.

2. This honestly feels so momentous that it should take up two points. It was probably around two years and three months when he started sleeping through the night more often than not, and suddenly he was only waking up very occasionally, once a fortnight or something like that. It is a rather glorious state of affairs, all this unbroken sleep.

3. The conversations we have with Edward are so immensely enjoyable. He is intensely inquisitive about everything, soaks in information, eavesdrops on our conversations (well, it probably doesn’t count as eavesdropping if we’re talking openly in front of him, but he often seems absorbed in what he’s doing and will then surprise us by chirpily repeating something that we’ve said).

4. Edward’s imaginative play is so very amusing to watch. At the moment, much of it revolves around cars – driving cars, getting in and out of cars, and discussing car aerials which are a particular intense interest of his for some mysterious reason. He narrates what he’s doing at a rapid speed, only about half of it clearly intelligible. Multiple times a day, he will dash up to us, shout something like, “I’m going shopping! Will buy milk and meat! And the aerial will go UP UP UP ALL THE WAY UP, bye-bye!”, and then open an imaginary door and brrrrm off loudly.

5. He has started a lot of dancing and singing recently, by which I mean he gallops around in tight circles, trying to cajole myself or the cats into dancing with him (he doesn’t have much success with the cats), and chanting in a monotone. I naturally think this is the most adorable thing I have ever seen.

Things I’m not enjoying at 2 and a half years:

1. Getting Edward to sit down and eat can be a bit challenging; eating is a very dull activity and there are many more interesting things for a toddler to be doing. Despite telling myself for the past year that I really would put my foot down about proper mealtimes, I still feed him some meals by following him around and shoving food at his mouth as he plays. I feel keenly the weight of my inadequacies as a parent while I’m trotting around after him though, so it all evens out.

2. My hair being his favourite soothing aid when he’s tired. This is a much, much more annoying habit now that he’s older and stronger, and I frequently fantasise about shaving my head. It’s probably the thing I snap at him about most, frequently hissing “will you let go of my hair for god’s sake” with much intensity in the supermarket.

3. The reason that happens is that I generally take him grocery shopping when he’s tired and ready for a nap, so he refuses to ride in the trolley, instead clinging to me and pulling on my hair. And the reason I do this is that I can usually only get him to have a nap if he falls asleep in the car, and I then shift him into his bed. Yes, this does strike me as a ridiculous thing to be doing with a two and a half year old. However, let us recall that he sleeps through the night now! This makes me feel so successful that I am willing to continue to do ridiculous things in order to get him to have a nap. (I also still lie down with him until he goes to sleep at night which can be quite a long drawn-out affair at times, but – HE SLEEPS THROUGH THE NIGHT. On reflection perhaps sleeping through the night was a cunning stratagem on Edward’s part to get away with all sorts of other nonsense.)

4. Edward gets into these strange contradictory ruts when tired or just feeling particularly two-ish. He will whine that he wants to do something – close the door, for example – and then when I say yes, please go ahead and close the door, he will cry with chagrin that he does not want to close the door, why on earth would he want to close the door, am I quite mad? Alright, I will say peaceably, don’t close the door then. “WANT TO CLOSE THE DOOR”, he will howl, before selecting another topic. We will then enact this thrilling little play over and over again until one of us collapses screaming with frustration.

One thought on “2 and a half years”