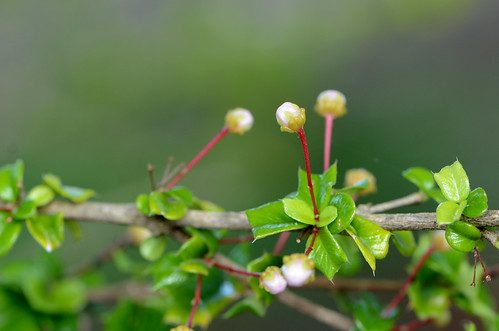 We used to have a possum living in the chimney of our wood heater. We coexisted happily for a few years, the possum scraping and banging each evening as it levered its fat bottom out of the narrow confines of the chimney to explore the night, and grumpily vacating the chimney for the month or so during winter when we actually lit fires.

My mother flew down right before my due date, almost two years ago now, so that she could spend some time with us when Edward was born. The afternoon was chilly and we decided to light a fire. “The possum will head out when I light it,” I said breezily, although I felt a bit guilty booting the nocturnal possum out of its comfortable hidey hole into the daylight. When I set the fire and lit it, smoke billowed back into the room. It tends to do that when the chimney is blocked with possum. I coughed, banged on the side of the chimney to alert the possum, and blew on the fire. The flames caught and started licking at the kindling. The room became smokier. The possum started coughing.

Mum and I dithered. “It’ll move upwards in a minute,” I said, and we stood there waiting. The possum started coughing more loudly, and started scrabbling against the metal of the chimney. I couldn’t tell what direction it was heading in. As the smoke billowing into the house was showing no signs of abating, I decided to cancel the idea of a cosey afternoon fire. This is a bit easier said than done, particularly because I was worried about the possum and didn’t want to create even more smoke by pouring water on the fire. We were now dashing about in a flustered manner, and Mum shovelled the fire into the little bucket I used to transfer the cold ashes out of the heater. We were standing there listening to the possum’s coughs, trying to figure out if it was moving out of the chimney, when I glanced down and realised that the bucket was on fire. “Mum! Mum! The bucket is melting!” Mum grabbed the flaming melting bucket and galloped out of the house with it. I waddled out after her. We were both in fits of slightly hysterical laughter.

When we came back into the house, the possum had stopped coughing. “I hope it’s alright,” we said guiltily to each other. “Yes, I’m sure it’s alright.” My labour began later that evening, apparently induced by fits of laughter. The possum wasn’t alright, as we later discovered, and the husband spent a while during one of our very sleep-deprived early days with Edward removing its dead body from the chimney while Mum and I solemnly contemplated our new status as possum murderers. We had to break rather a lot of the insulating tiles in the heater to remove the possum’s body and with our usual speedy attention to matters of house maintenance we haven’t yet replaced them. The recent cooler weather brought the heater to mind, and I remembered the poor dead possum and shrieking with laughter with Mum in the garden as we smothered the flaming bucket. We should really get around to replacing those tiles. It would be nice to have a fire again.

One thought on “The last fire”