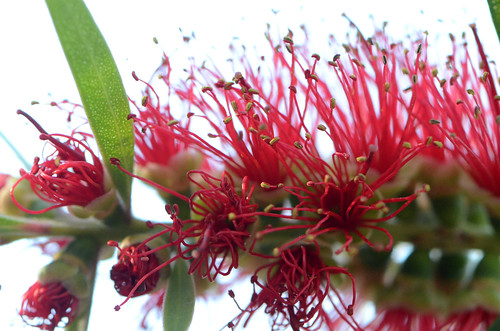 Every year I make a mix CD of Christmas music and force copies of it upon family and friends, saying “but this is GOOD Christmas music, you’ll like it, it doesn’t have Jingle Bells on it, there’s a song with a banjo!” Some people find this convincing and agree to take a copy.

Despite personally celebrating Christmas in a thoroughly secular fashion, I love good versions of of traditional hymns. When I’m searching for music for the Mix, I look for covers of hymns and some traditional Christmas songs that stand out as a little different, and original songs about the Christmas season. I avoid upbeat songs about Santa because I loathe them. The Santa myth is my least favourite thing about Christmas.

I’ve just finished my mix for 2016, which will be the ninth year of creating them. If you want to download it, I’ll leave it up on Dropbox for a while here.

I’ve been half considering stopping creating the mixes after 10 years. For one thing, I wonder if in a few years a physical CD of music is going to be an outdated piece of media that few people will have an easy way to play (and that my laptop will no longer have an optical drive to create). I hope that time doesn’t come along too quickly though, as I’m really fond of making the CD as a physical item – designing the covers, scrawling “Christmas Mix” on the discs with a sharpie, posting them off to distant listeners – it’s an enjoyable ritual.