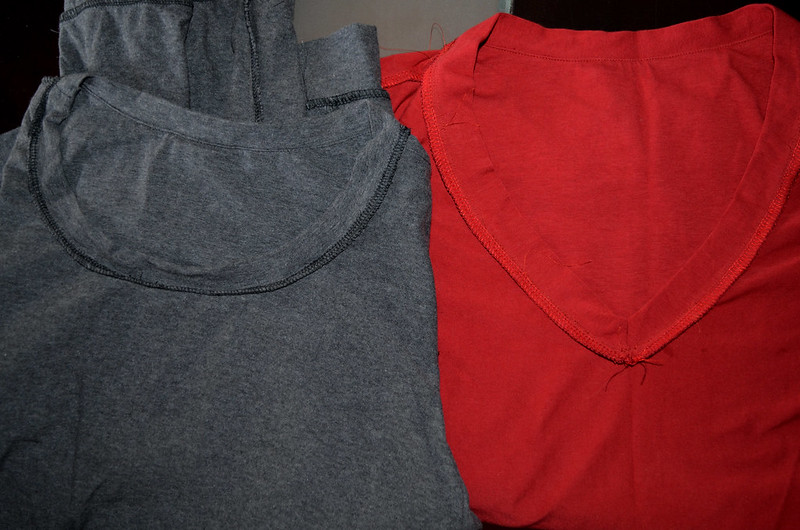 The next two things I made after my lovely purple knit dress were two Renfrew tops: View A, the long sleeved scoop-necked version in a grey knit, and View B, the short sleeved v-necked version in an orangey-red knit. I spent a long time pothering over which way the grainline was on the fabric before cutting it (“you will be able to see clearly from examining the fabric!” said Google merrily. I could not see at all), and got it wrong. My sewing teacher told me this wasn’t particularly disastrous given that the knits were fairly substantial, and I barrelled on, beginning with the grey top.

I made the grey on a sewing machine, overlocking the seams. The neckline was really baggy, so it was ripped out, trimmed a bit and re-sewn in (with substantial teacher assistance). I don’t think I found anything else too tricky. Making the red top only on the overlocker (except for top-stitching the neckline and making the v-neck) was wonderful. So speedy! Overlockers are magic! Eventually I definitely want to get one of my own. I had heaps of help with the v-neck because it looked fairly terrible and not very v-like when I first tried. 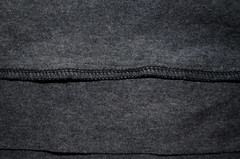 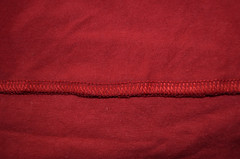 The below photo makes me look incapable of dressing myself – what on earth is going on with the left side of the red top. The grey pulls a bit towards the neckline which I think is a result of re-doing the neckband. Overall I’m really happy with them and have been wearing them a lot – they’re a comfortably loose fit, and I like the construction, particularly the waistband. Next time I would like to try for a closer fit, which will probably require adjusting the 14 rather than going down a full size. 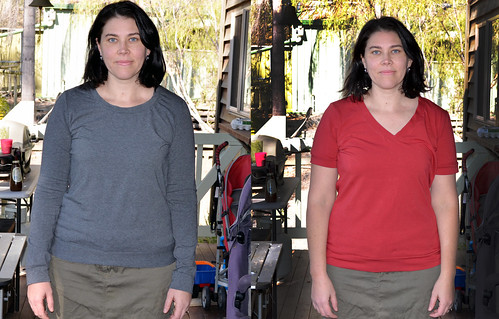