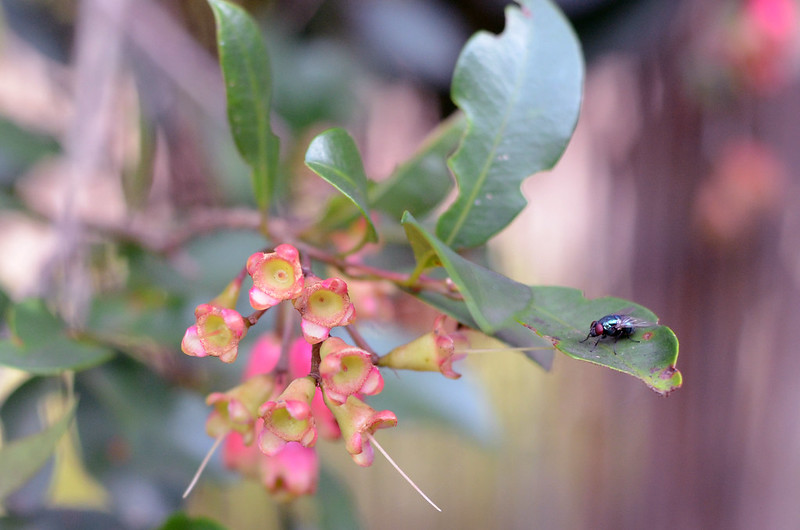 I was watching Edward busily gathering up pink berries scattered over our friend’s garden, as he muttered about them being “tiny ‘matoes”, and asked our host if they were safe to eat. “Oh yeah, the lilly pilly berries. I think they’re actually deadly poisonous,” he told me laconically, watching his own children play with them. “Johnno told me that his dog ate some of them and got real sick.”

I told Edward firmly that the berries were not tomatoes, tiny or otherwise, and that he mustn’t eat them, before sidling off to google “lilly pilly berries” on my phone. I was relieved to discover that they’re edible and can in fact be made into jam. Presumably Johnno’s dog became sick from other sources. They certainly look edible, crisply pink with touches of white, like tiny little apples.

Edward loves the easy access to the outdoors at our friend’s off-the-grid property, and spent much of the Easter weekend running around covered in dirt; his idea of paradise. The final mud stains on his feet have only come off after a few consecutive days of long baths. We camped in the garden, watching the full moon each night from our beds (apart from the evening of the lunar eclipse, when the clouds disappointingly wouldn’t shift). Despite the presence of three young children, I was able to spend a reasonable amount of time each day sitting in the late afternoon sun drinking wine and reading; a very satisfying way to spend a long weekend.