Some scattered memories from our recent holiday: 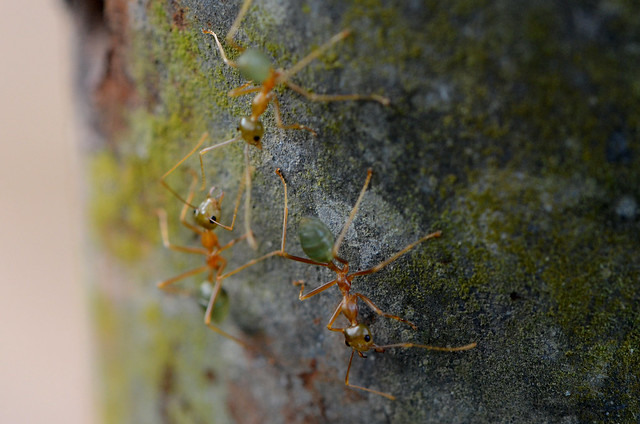 Edward and I left a chilly winter morning in Brisbane, and arrived to warm sunny weather in Cairns. Mum picked us up from Cairns airport in a borrowed car. “The air conditioning doesn’t work,” she said. “I mean, you can test it, but I turned it on and it just made the car hotter.” The sun burned my legs through the windscreen on the drive to Daintree as Edward obliging fell asleep in his car seat.

Mossman smelled of the distinctive heavy molasses of cane harvesting, and a thick column of smoke was rising from the working mill. Closer to Daintree, a couple of kids perched on the back of a truck on the side of the road next to a hand-painted sign advertising “$10 ugg boots”, which presumably fell off the back of a truck themselves. 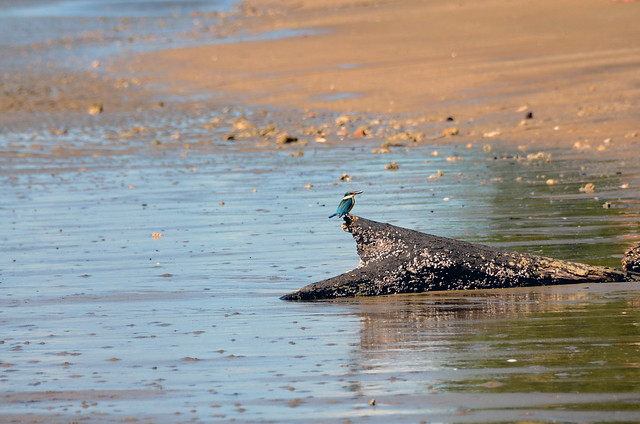 We spent a lot of time at a local beach, tropical winter being the perfect time for a toddler to waddle around in the sand digging holes and joyously crushing the sandcastles painstakingly made and decorated for him by his grandmother. I spent a lot of time wandering around with my camera, taking photos of hermit crabs and snails squiggling around in the shallow water of low tide, and a hopeful kingfisher perched on a log, waiting for something to catch. 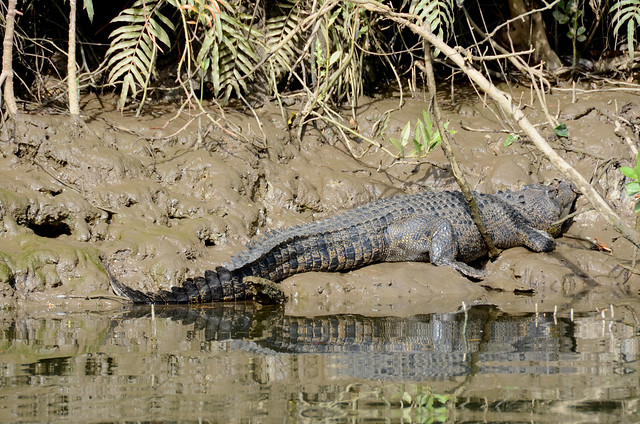 Edward wasn’t as captivated as I thought he would be by floating past basking crocodiles and he lost interest in our surroundings about halfway through the morning cruise. I suppose it isn’t entirely clear to a three year old that crocodiles are really real, particularly as the most attention they tend to pay to the boats is to follow us with their eyes. 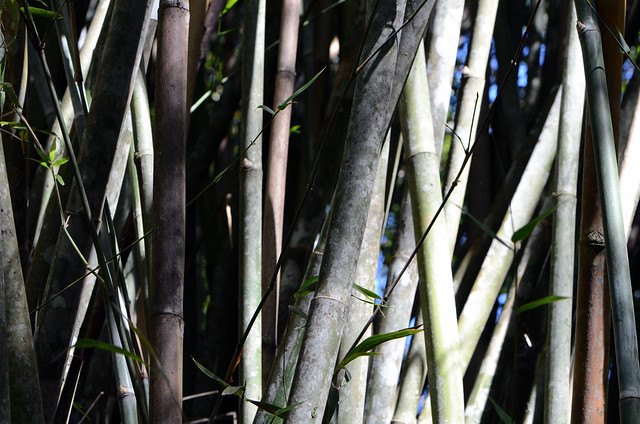 The bamboo garden now looms metres high above our heads, and the wind blowing through the trunks made a complex background creaking soundscape as we walked down to one of the wetland ponds. After Mum paddled Edward around for a while in a little canoe I took a turn and promptly got tangled up in weeds, causing Edward to shriek with gales of laughter as I pulled wet bladderwort into the canoe. “What?! Are you doing?!” he gasped in between giggles when I got us lodged on some fallen bamboo. Mum laughed along unhelpfully from the bank and took a number of unflattering photos of my concentrating expression, as a mother should.