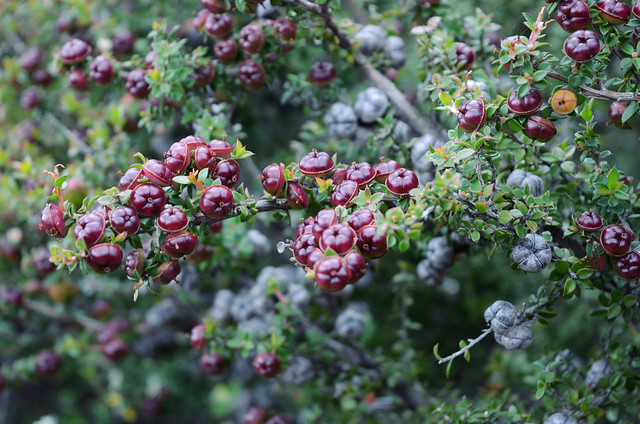 The traffic controller is sprawled on the front seat of his ute, one leg hanging out the open door. He’s texting on his phone while the line of cars crawls past him towards the temporary traffic light, blinking an inactive orange. I glare balefully at him. He yawns and taps at his phone again.

The closed bridge and consequent detour onto the main road are a daily tedious frustration, kilometres of extra driving for half of the year while the slowest bridge construction process in the world takes place. The temporary traffic lights were supposed to operate during peak times; instead, they’re generally turned off. The traffic controller sits in his car on the side of the road, presumably constantly poised to leap up and activate them should the intersection become too busy.

The traffic controller is rubbing a coin on an instant scratchie ticket. We pause right next to him, waiting for a gap in the traffic. My son is perched in his car seat, delivering a lengthy discourse on how you would install a speaker in a car; its intended audience is seemingly someone who has never heard of the concept of speakers or cars. I have heard of both, and “mmm oh yes, I see” in response as I stare at the traffic controller. I want to shout “Is it a winner, mate?” out the window.

The traffic controller is rolling a cigarette. Rolling cigarettes has always seemed to me to be a slightly classier way of smoking, if one is going to smoke. I think it’s the vaguely artisanal homemade aspect. Preserve some homegrown produce, bake a loaf of bread, roll a cigarette. When we return from the kindergarten and drive past him again, the traffic controller is smoking. He has propped a piece of signage against the windscreen of his car to shade him from the afternoon sun. I wonder why he doesn’t stand and smoke beside his car to spare the interior from the smell. Presumably there are some limits to the things one can do while purportedly monitoring traffic.

The traffic controller is closely examining his fingernails. I glance at my own fingernails on the wheel and make a mental note to cut them, which I immediately forget. If I could remember the mental notes I make while driving I think I would be a much more organised person. I hear that the bridge is almost completed, will perhaps re-open the following week. I wonder how often I am going to forget and drive straight on automatically to the detour, the habit of many months directing me while I think about the early morning fog and meetings at work and whether I’ve packed enough food for the baby. Realisation would dawn on me when I arrive at the empty intersection. The traffic controller is gone, on to better and brighter things, and I’ve gone the wrong way.

One thought on “Traffic controller”