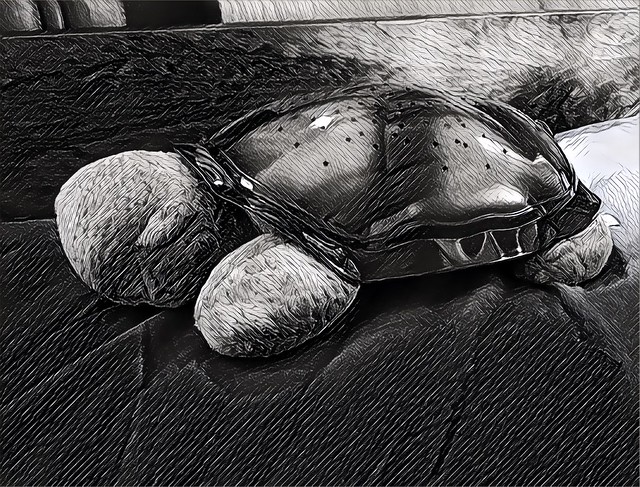 I make sporadic unsuccessful attempts to encourage my son to sleep in his own bed, because I have hitherto undiscovered reserves of mad optimism. My previous effort involved the pet fish he asked for on his last birthday. We put them in a tank in his bedroom, and I gave a long and heartfelt speech about what wonderful company fish were when one happened to wake up in the night. How lovely that he now had fishy friends with him in his room all the time! You’re never alone when you have a fish, I said. The first night he decided that fish were not actually very good company at all, particularly in the middle of the night, and back into our bedroom he came.

My latest idea for lulling my son to sleep by means of commercialism is a turtle with a fluffy head and flippers that shines stars onto the ceiling through its shell. It is quite as ridiculous as it sounds. Apparently some of the stars are Real Constellations, so it’s not only soothing but Educational. I presented him with the turtle and started on my hard sell – this was a new special friend! Who would live in his bed! And when he woke up at night he could press the button and the lovely stars would shine! Didn’t that sound beautiful and peaceful? Maybe he would like to give his special friend a name?

He looked suitably solemn and gazed at the turtle.

“His name can be Bruce.”

I managed not to laugh.

Bruce the special shining star turtle has not been a success. Of course he bloody hasn’t, I don’t know what I was thinking. He has actually become part of the bedtime routine, just in the opposite way to which I had hoped. Bruce lives in the Big Bed now, and must be ceremoniously turned on each night, shining his soothing stars onto the ceiling so that my son and whichever adult is lying down with him can enjoy an Educational display of constellations. Instead of removing a small child from my bed, I’ve added a shining turtle. It’s not an improvement. Bloody Bruce.

One thought on “Ceiling of stars”