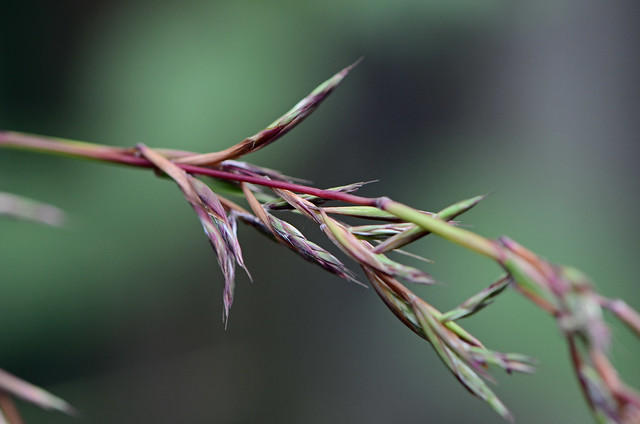 When Frances was three months old I wrote blithely that I was enjoying the fact that she was better at sleeping than her brother, and I could do magical things like put her down when she was drowsy and she would fall asleep. How sweetly innocent I was. Frances is now almost six months old and is what I would classify as “a bloody terrible sleeper”. Her brother started off awful at sleeping and gradually got better, with occasional months-long reversions. She started off quite decently, and has gradually become worse and worse. I didn’t think babies were supposed to work like that. I am quite affronted.

At the moment during the night she usually sleeps for a couple of two hour stretches (or on special occasions, longer), and then wakes up hourly the rest of the time. “Maybe you should try co-sleeping,” said a well-meaning helpful person. Ha ha, helpful person, she sleeps like that while I am co-sleeping. And I am mostly getting enough sleep. I’m functioning, I’m getting things done, I’m mostly keeping my temper with the inevitable frustrations of parenting a four-year-old. I’m still enjoying being at home with a baby. But god, I miss long stretches of sleep and sleeping in my own bed. I try not to think about how much I miss it because it makes me irritable. Like geez, is it really so hard to sleep that you have to wake up every hour to have a small comforting snack? I know you can sleep for longer because you used to.

For daytime naps I put her to sleep in a baby carrier so that she sleeps for longer. As I type this she is strapped to my front, snoozing restlessly, her warm sweaty head making my shirt damp. It was quite snuggly and pleasant wearing her in the cooler months, but the weather very swiftly changed from “barely winter” to “fuck spring, we’re moving directly to summer” and now she sleeps and sweats. I need to stop wearing her at some point before the end of the year, because she will start at a family daycare in January when I return to work. I don’t want “strange exotic napping in a cot” to be another thing for her to adjust to when she starts – but every day when I think “I should really start putting her down in the cot to nap”, I am too reluctant to lose those precious moments of productive time I get with putting her in the carrier.

The one benefit of having your second child sleep like crap is that you don’t dwell on it in the same obsessive way that you do with your first. I spent a lot of pointless hours trying to come up with reasons for why Edward slept badly and worrying that he would never improve. While I do record Frances’ sleeping patterns I don’t spend my time mentally gnawing on the problem in the same way I did with Edward. (Yes, I know I have now written several detailed paragraphs about it which may suggest that I don’t entirely let it go. This, incidentally, is why it’s hard to answer “so what have you been up to?” queries from people who aren’t currently taking care of young kids. “Oh, you know, thinking in vast and boring detail about my child’s sleeping habits and writing down how many times I get woken up each night.” They tend to smile at you in a rather fixed manner, I can’t imagine why.)

One thought on “Hourly”